or "How I started my career as a technologist a long, long time ago." 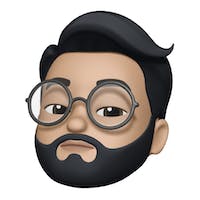 I learnt to program in BASIC on a 8 bit computer. My uncle had a series of books on programming that he graciously lent me despite of the fact I did not have a computer at the time. Since he didn’t either, it never seem to be a big deal to me. I just want to learn about computers. They seemed way far more interesting then my videogame console: I could control my environment, communicate with other people, play games, and even start/stop another thermonuclear war. What is not to like?

One of the great articles in one of those books was on random numbers, sequences and generators. I was fascinated by it. The text (and associated code) explained not only that computers are unable to generate random numbers but also that we, human, can’t do a better job at that either. I was baffled at this revelation since I thought, as most people do, that come up with a random number after the other is nothing but a trivial task. Anyone, if asked, can engender a fairly large sequence of numbers that is random. Or is it? Who cares?

Consider the following exercise. Let A be a set of three elements r, p and s. And let f be a function defined as f(r,p)=p, f(r,s)=r and f(p,s)=s. If you are paying attention you might recognize this. It is a mathematical formulation of the basis of a very well known (and fun) game called Rock-Paper-Scissors. The players are completely free to chose any element (r, p or s) they want to use at each iteration (match). The question is, can the human choose them randomically and therefore generate a random sequence? The article argued that the answer is no. That we, humans are not a quite good sequence random generators as we like to think. That we are biased. To prove this point it asked the reader to type and run a very long BASIC listing. Maybe Today I would think twice but at that age, all one has is time. What I did not have was a computer. So I virtually begged my father for one. And then, in a sunny day, I was interrupted in my reading adventures by the arrival of a second hand (but in impeccable condition) ZX Spectrum that was connect to my TV in such a short time that certainly defied the all physics laws. I was then ready to verify the big claims that by using technics like Exponential Smoothing the computer could actually forecast my “random” moves and, in the long run, beat me to it. And it did. A small step to mankind, be assured, but it changed everything for yours truly.

I was hooked. Well, I was already hooked at that point. What I mean is that I was really, really, into this thing now and I would be for the entirety of my life. I just knew it.